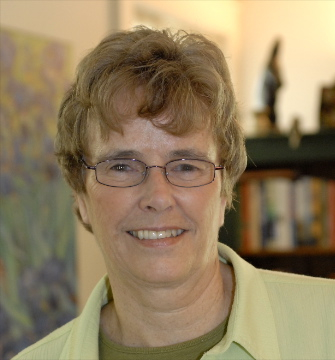 Nan Armour retired this year, and she will be greatly missed. She brought an array of gifts to Women Unlimited, some of which are playing out now in our involvement with the Irving Shipbuilding Centre of Excellence. Others have and will continue to play out in the lives of diverse women across this province. Still others play out on a national level, where organizations like CCWESTT (Canadian Coalition of Women in Engineering, Science, Trades and Technology) share their stage and trade learnings with Women Unlimited proponents.

What some people might call a science brain, Nan calls systems thinking. Years ago while working as a science teacher in Halifax, she noticed that, in spite of having an aptitude for science and doing as well as their male counterparts in her classes, female students did not chose to continue on in the sciences or in technology. They moved on to other subjects. When she realized this, Nan’s reaction was, “What’s wrong with the system? Why does science lose out on all of the talent and creativity those girls could have brought to it?” And so began a journey that would see her set her sights on increasing the number of girls and women who continue to study and work in the sciences and technologies.

After several years working in an Inuit community in northern Labrador, she was even more convinced that ‘the system’ was not working for women. On her return to Halifax, Nan brought together a cadre of like-minded women who signed on for this journey. They called themselves the Hypatia Project and set out to study the educational systems … including the junior high schools, high schools and the Nova Scotia Community College … that saw girls and women falling off the radar in science and technologies but failed to ask and answer the question, “Why?” The schools were open to Hypatia’s systems analysis and so in they went. While there, they built relationships and trust amoung administrators, staff and students alike. Those relationships became gifts to Women Unlimited.

No real scientist ever set out on a journey with a single destination in mind … they’re open to that fork in the road, that happenstance or a chance meeting. So, when Nan heard about the WEE Society, a non-profit organization that developed women-centred programs to help diverse women gain new skills and enter or reenter the workforce, her systems mind said, “That meshes.” and took the turn.

Together, Hypatia and WEE created the Equality in Technology (ET) Project, which focused on women training in the technology sector. Since Nan had built relationships within the college setting, ET took place on one of NSCC’s campuses. There, it soon became apparent that women were not opting for careers in the skilled trades either. Another fork in the road accepted, and Women Unlimited was born.

Through Women Unlimited, Nan also set her sights on workplace systems … why weren’t women being employed and retained in Science, Engineering, Trades and Technology (SETT). The Hypatia Project turned into the Hypatia Association and, under her guidance and with her passion, built relationships with employers like Michelin and the Sydney Tar Ponds and Coke Ovens Remediation Project, as well as a myriad of small and medium-sized businesses and unions across the province. She broke new ground and paved the way for many diverse women who gained employment in their chosen fields.

Other Nan gifts … friendship, loyalty, respect and insights. And, check on our website for these resources she created:
Working it Out: Women describe their personal experiences as they work in their chosen trade or technology occupations.
On the Level: This publication is an employer’s guide to building respectful and welcoming workplaces.
In the Picture: A series of 3 guidebooks that support girls and women who are interested in studying and/or working in the fields of trades, technology and science.

So, thank you, Nan Armour, for all the gifts you brought to our table. Women Unlimited is richer and deeper because of you. And remember us as you travel the world, sighting exotic birds for your list and sampling the local wine or beer. Or not.